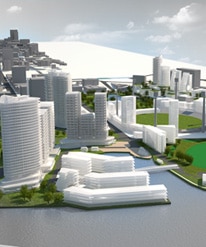 If youâ€™ve visited Australia and have only been to the more known cities there, then you havenâ€™t seen much of the land down under. One city you should also explore is Perth, the largest city of the Western Australia state and Australiaâ€™s fourth most populous metropolis, with an estimated 1.7 million people.

Known as the City of Light, Perth is a beautiful and progressive city situated on the Swan Riverâ€™s banks. But while it is already a great place, more progress is in the works. The state government continues to implement projects that the officials believe will make the city more known to tourists and provide a better life to the locals and those considering the city as their new home.

Perth developments continue today, with some of them concentrated in the cityâ€™s central business district (CBD). Most of these projects are funded by the state and federal governments with the goal of making life easier and affordable to people.

Perth developments in the Northbridge area, for example, focus on urbanization and continue to attract investors owing to several factors. Firstly, the location is very strategic being in the heart of the city. Secondly, the place is very accessible due to the proximity of the public transport systems and major arterial roads. Perth has three freeways, nine metropolitan highways, 70 railways stations and 15 bus stations.

Property developers abound in Perth because of the cityâ€™s potential for development. They have been instrumental in keeping the metropolitan area attractive not only to investors but also to visitors from the different parts of the world. One area that enjoys much progress today in this state of Western Australia is Northbridge. This is where urbanization projects abound, focusing on achieving a mixture of innovative developments in the busy metropolitan area to make it a safe, friendly and a great place to live and work. Some of these projects include the preservation and reuse of old buildings, as well as the construction of affordable housing.

The Northbridge area in Perth is well known for being the cultural and entertainment center. This is where visitors and local residents experience the cityâ€™s unique nightlife at a variety of spots such as pubs, bars, cafes, nightclubs, shops, restaurants and galleries. Being near the central business district and public transportation systems, this place attracts visitors and investors alike.

Northbridge is one of the oldest suburbs of Perth and as such, is home to historical structures. Fortunately, many of these identified heritage sites have been fully restored and reused either as office spaces or housing.