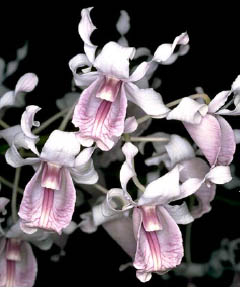 Monika is a poet. Or trying to be one, at least. In her site she writes about “slices of life, political views, religion, and anecdotes….”

Every so often, she posts a poem she wrote or a quote that she created. She’s pretty good at the quotes, but the poems are better.

Some of her entries are devoted to social issues, like prostitution in Denmark. While you have to admire her spirit and intentions, it’s sometimes hard to grasp exactly what she is trying to say. Her arguments lack a certain cohesion and she could do with a lesson or two in basic grammar.

The site follows the standard Blogger template and its customization is minimal. While Monika’s choice of colors might not be spectacular, the mix of yellow and purple aren’t an eyesore either. Plus points for making the effort to put nice photos in each entry.

Had a bit of a trouble with some of her links but all the rest loaded quickly enough. And Monika was kind enough to put a Google search box in her sidebar which could prove to be useful for a lot of visitors, if not earn her a fortune.

It’s quite hard following Monika’s train of thought. The effort to express her social concerns- with the Challenger disaster for instance- is commendable, but her monolgue fails to engage the reader as it is never clear whether she is trying to make a real point about something or confusing us for the fun of it. Again, she might want to stick with the poetry if her ambition is to increase her reader base!

It?s apparent that Monika is very interested in a lot of issues. While her actual posts might not change the world, her sidelinks provide a lot of opportunity for readers to take a look into her interests. Such links include ‘Ladies Against Feminism’, ‘Homemaking’, ‘Spunky Home School’ and so on.

Only a few things in the site would hold genuine interest for most readers. Having said that, it’s pleasant enough. At least we now know not to get a Jack Russell Terrier….