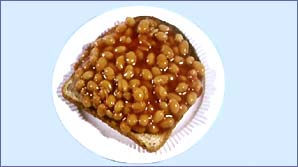 In one of his entries, Mitch claims that the first comment a reader would utter after reading his blog is probably, “Oh, that guy’s just rambling on again about so-and-so or whatever.” That, more or less, is the feel of the whole site. From the writer’s new Siberian Husky to his computer’s incapacitation thus leading him to use his wife’s, the entries are not much more than snippets of what is happening in his life (or lack of it).

With the brightly colored sidebars and the combination of orange, lime, and blue texts, the site was reminiscent of an online sports magazine. It gave the feel of fast-reading and upbeat energy, much like that which Mitch exudes with a multitude of his sentences ending with exclamation points. The numerous links on the sidebar, though, can be a tad confusing.

In as much as there were about a hundred links in his site (counting those within his entries), each one loads quickly enough. There aren’t any problems here at all.

While each entry can’t be really considered substantial, readers would find his no-nonsense outlook on his routines quite amusing. In some entries, Mitch tries to infuse some social apathy but ends up talking about his wife anyway and how they spend their vacations. Well, at least he tries.

Aside from an online sports magazine, this blog also resembles a “How-To” manual offering links on how you can upload this or how you can customize that, etc. One link is entirely focused on current events whether it is about sports or politics, followed by his editorial commentary.

The best thing about this site is its vibrant vibe, but content-wise, it simply is not-quite-bloggy. Bottom line? While one won’t be able to rely on this site for substantial stories, it is an amusing enough read.